Saturday, January 18, was the 4th Women’s March in DTLA and over 350,000 marchers took to the streets, according to the Women’s March Foundation. I attended a little after the first wave of marchers, and headed from Pershing Square to LA’s City Hall with curiosity and my camera. Through the myriad of signs I tried to find my footing, better yet, moments that would tell the story I was still trying to figure out. Personally, coming from a strong feminist upbringing and through my own adversity, this march truly meant a lot. Yet, the logical part of my brain which at times aches my own existence, crept in full view so I wouldn’t be biased. I wanted to not just carry my pain, the pain of my mother, the pain of my sister, the pain of my neighbors, but reach for the light that didn’t pit us all against each other. 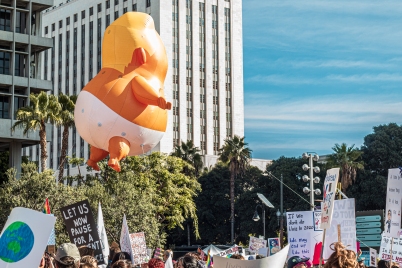 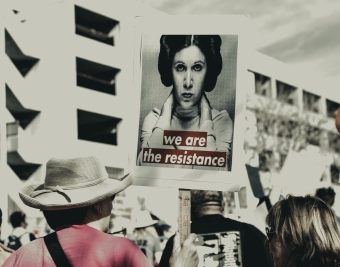 “The groundswell of support for women’s rights” became personified in each sign. Healthcare, abortions, choices, wages, assault, immigrant and queer rights, political nominees, anti-Trump jabs — it was all there. I was floored with a beautiful feeling though. One that made me extremely proud to walk those streets for what I believed in so deeply. To no one’s surprise a group of pro-life supporters set up camp with their own signs. They tempted each marcher with their lines, with their shame, with their guilt from a higher being. Many took the bait.

Did they have a right to be there? Absolutely. They had a right to speak their mind for something they also felt so passionately about. And rather entertain their voices and messages, of what I’ve already heard before, I took one shot and kept marching. Because my right to march shouldn’t take their right to speak, but doesn’t mean I must listen. In the end, I stick with my values that our own beliefs and rights should never take away beliefs and rights of others. Even if it was just a line of men continuing to tell women what they should and shouldn’t do with their bodies. Even if it was ironic. Even if it was laughable at the disrespect to take away this planned march. It became so much more. So, I kept marching. 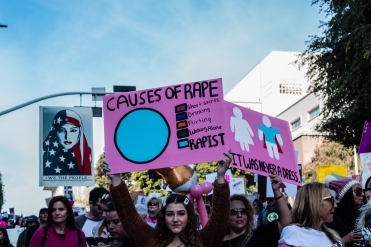 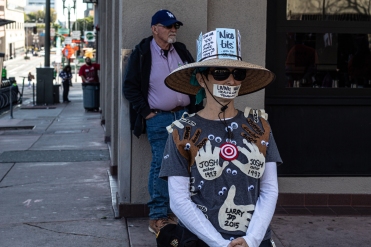 Though, this wisdom only came after years of frustration. Saturday, I saw the frustration again. I saw it against pink backdrops. I saw it written in black ink. I saw hypocrisy on both ends. I saw men being put down. I saw women guarded. I saw allies. I saw men stating “they must do better.” I saw kids. I saw coat hangers. I saw criticism. I saw outsiders leer with comments of “burning bras,” mocking what they didn’t understand. I saw our aches.

And in the midst of it all, I also saw beauty. Beauty for this right to keep marching. Beauty to understand. Beauty to keep working together. Beauty of being a woman.

Janette Ayub is a former disc jockey and wing enthusiast that collects cats in her spare time. She is also a recovering carnivore. View more posts

This site uses Akismet to reduce spam. Learn how your comment data is processed.